Even though Canada is not really the first country that comes into mind when it comes to prescription drug abuse, it is slowly inching its way towards the list of the top countries with the highest number of prescription drug abuse cases in the entire world. With this increase, the number of people who will need first aid treatment for drug overdose is also expected to rise as well. This is why taking Canadian first aid classes is very useful for all Canadians regardless of the type of people that they are surrounded with.

How Common is Prescription Drug Abuse?

What Was the Most Commonly Abused Prescription Drug?

For the longest time, pain killers remained as one of the most abused types of prescription drugs because of their availability. 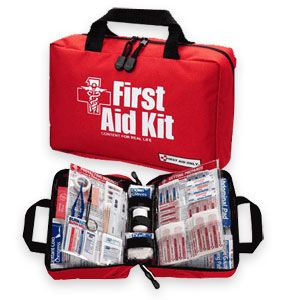 However, Sedative-Hypnotics are becoming more and more popular among abusers as 0.5% of people who are taking them are reportedly doing so in order to get high. These medications are normally prescribed as sedatives for people who are suffering from anxiety or panic attacks and other medical conditions that cause uncontrollable muscle spasms. Those who abuse prescription drugs use these medications for their depressant effect.

Are the Youth Exposed to Prescription Drugs?

According to the data that was released through the 2008–2009 Youth Smoking Survey,  6.7% of children who are between grade 7 to 12 have used or is currently using prescription drugs in lieu of illegal substances to get high. Considering that there are more than five million students who are enrolled in elementary and high school in Canada, this means that there are more than 300, 000 students who have used prescription drugs illegally. This number does not include out-of-school youths who are more likely to be exposed to these substances.

These numbers show that prescription drug abuse can be quite common not just for people who are legally allowed to take them but also for the youth. This is why taking Canadian first aid classes can also be beneficial for those who are not taking care of someone who is diagnosed with a medical condition.