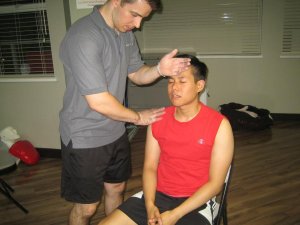 Primary intracerebral hemorrhagic stroke results from a spontaneous rupture of small vessels and accounts for a majority of reported cases of hemorrhagic strokes which is caused primarily by uncontrolled hypertension. Subarachnoid hemorrhage on the other hand occurs when there is a rupture in the arterial wall (intracranial aneurysm) because of a pathologic weakening of the walls of the blood vessels primarily the arteries.

The pathophysiology of hemorrhagic stroke highly depends on the cause and type of cerebrovascular disorder. Symptoms are produced when a primary hemorrhage, aneurysm ruptures causing profuse and uncontrolled bleeding. The normal brain metabolism is disrupted by the brain’s exposure to active bleeding which consequently results in an increase in intracranial pressure due to the sudden entry of blood into the subarachnoid space, which compresses and injures the brain tissue; or by secondary ischemia of the brain resulting from the reduced perfusion pressure and vasospasm that often accompany subarachnoid hemorrhage.

An intracranial hemorrhage, or bleeding into the brain substance, or bleeding into the brain substance is most common in individuals with hypertension and other similar degenerative vascular changes that lead to a weakening of the integrity of the vascular walls of the arteries. Furthermore, intracerebral hemorrhage may also result from certain types of arterial pathology, brain tumors and illicit use of drugs (amphetamines) that weaken the integrity of the vascular wall of blood vessels.

The individual suffering from a hemorrhagic stroke can present with a wide variety if neurologic deficiencies and visible dysfunctions in his/her neurologic status. A conscious patient most commonly reports severe headache that cannot be relieved by rest and pain or sleep. A comprehensive assessment will reveal a progressive manifestation of neurologic deficit that affects motor, sensory and cognitive functioning. Other symptoms that may be observed more frequently in patients with acute intracerebral hemorrhage are vomiting, early sudden change in level of consciousness and possibly focal seizures resulting from frequent brain stem involvement and compression as a result of the increase in intracranial pressure.

increase in age, and excessive alcohol intake. Moreover, stroke risk screenings provide for the identification of individuals who are at high risk of experiencing stoke and at the same time educating individuals or group of individuals about recognition of the early signs and symptoms as well as the importance of prompt seeking of medical management in the prevention of stroke and its incapacitating complications. Finally, a prevention effort that is unique to hemorrhagic stroke is to increase the public’s awareness regarding the association between certain medications and the increased likelihood of the occurrence of stroke. In this case, there has been a massive recall and reconstitution of drugs and medications which side effects  increase  the risk of individuals of acquiring hemorrhagic stroke.