Gums that are swelling and bleeding are caused by the buildup of tartar under the gum line which can result to gingivitis which is a mild form of disease affecting the gums. Healthy gums are firm and pink. If gingivitis is not properly treated, it can develop into periodontitis which is a severe form of gum disease.

Common symptoms of gingivitis include puffiness of the gums, swelling, redness and irritation of the affected area. The person experiences bad breath, receding gums, loss of teeth, gums that becomes tender and bleeding during brushing or flossing.

Bleeding and swelling gums can be caused by poor oral hygiene which makes the teeth susceptible to the formation of plaque. Plaque is an invisible and sticky film with bacteria that can cause irritation of the gums and teeth. Excessive smoking, age of the person, genetics, diabetes, taking certain medications, crooked teeth, pregnancy, ill-fitting dental restorations, broken fillings of the teeth, dry mouth, compromised immunity and poor diet can also cause the gums to swell and bleed. 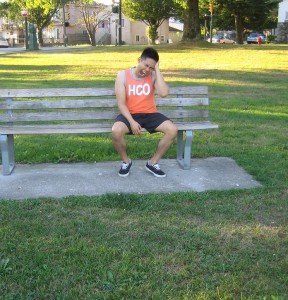 Bleeding and swelling gums can be caused by poor oral hygiene which makes the teeth susceptible to the formation of plaque.